A shallow guide wall is constructed first, along the alignment of the proposed wall, the guide wall serves to locate the excavation equipment within acceptable tolerances before the retaining wall construction commences

The guide wall is made from reinforced concrete typically 1 to 1.5 metres deep walls are constructed to tight verticality tolerance excavation of the diaphragm wall is carried out in panels 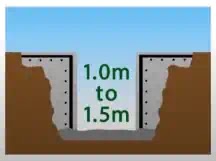 A typical panel is excavated in three bites a left bite, a right bite and lastly removal of the middle dumpling bite widths depend on the grab type being used but 2 to 2.8 meters wide is typical at the same time as the soil is removed from the panel 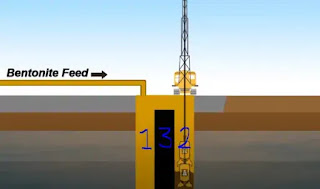 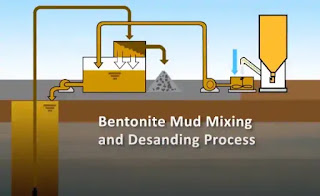 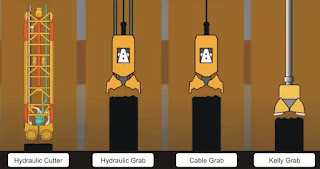 During concreting, the excavation grab and the base crane is moved to another location a safe distance from the concreted panel and excavation recommenced on another primary panel

The hydraulic grab - This type of grab has hydraulically operated closing jaws and so is able to exert considerable closing force to excavate dense sands, stiff clay or weak rock material these grab bodies can also include steering mechanisms